Established in 1998, IBER-OLEFF Brasil started its production unit in 2002, at its own modern facilities located in Salto - São Paulo.

The company's main activity is focused on designing, developing, engineering and production of functional systems and thermoplastic components for the automotive and home appliance sectors.

Since its foundation, IBER-OLEFF Brasil plays an important role in boosting the local and national automotive sector, introducing differential and high added value technologies and skills.

With a total area of 13,000 m², with the possibility of expanding to over 100,000 m²,IBER-OLEFF Brasil is one of the few companies in its Brazilian segment that concentrates in one place, the knowhow of injection, gas injection, bi-injection, painting, assembly, tampoprinting and laser engraving.

IBER-OLEFF Brasil has a prominent market position, at both in domestic OEMs, as well as, in Mercosul´s and North America´s OEMs. 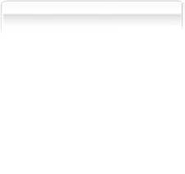 KEY AREAS OF THIS SITE